Research conducted by Red Points demonstrates that parents are not as good as they think are when it comes to spotting a fake product. Once they see the fake and real products side-by-side, they are much less confident about their ability.

Amazon’s strategies for rapid expansion has a dangerous downside — one that can directly affect children. A study conducted by Red Points, the technological solution in online brand protection, reveals that while 90% of Amazon parents are confident that the e-commerce platform is a reliable vendor, 61% of them feel little or no confidence in their capacity to judge if an online product listing is fake or real.

What is concerning is that parents report this level insecurity only after they are shown real-life images of authentic and fake toys. Before the comparison, only 23% of the respondents declared they did not feel able of in identifying counterfeits.

Consumers, therefore, are probably more susceptible to being tricked than they believe. Counterfeits are a $460 billion market and account for almost 5% of all goods imported to the EU. Fake products affect virtually every industry. However, the relevance and target of the toy industry turns the problem into an alarming one. According to the U.S. Toy Association, the global toy market corresponds to over $80 billion in sales annually. The OECD’s report on Trade in Counterfeit and Pirated Goods published in 2016 places the toy sector among the top 10 industries in regards to the number of counterfeits seized.

In the last year, Amazon has announced initiatives to mitigate the growing problem of fake products being sold in their platform, from dedicated teams that fight counterfeits from appearing on their website to its Transparency Program, that offers consumers more details about the products they shop.

But from Apple’s fake power accessories to counterfeits of solar eclipse glasses, Amazon keeps getting headlines because of the surge of brand abuse on their website, especially from third-party sellers. In the two months since German-based toy company Catan started working with Red Points, over 2,300 infringing products have been removed from various platforms — including Amazon, where piracy typically is a problem.

“It’s a complex issue. Although we know that Amazon has been investing in mechanisms to prevent brand abuse on its platform, we needed to take action as well,” says Guido Teuber, Managing Director of Catan Inc. “We started working with US Customs, which helps us with reducing the amount of fake games that make their way from countries such as China to Amazon through third-party sellers. For those cases that do reach the e-commerce platform, Red Points’ technology does a highly effective job of detecting and mitigating infringements. Unfortunately, there is no cure-it-all solution for the problem of fakes online, but brands should take advantage of all solutions available to them in order to protect their businesses and their consumers.”

Parents are aware of the dangers of counterfeits — especially in the toys industry. According to Red Points’ study, 2 out of 3 respondents know that fake products can be harmful, since they are not regulated for health and safety standards.

58% of parents said they are concerned about the authenticity of a product when shopping online. In fact, 72% of respondents would stop buying a product if they were aware that harmful counterfeits were in the market.

If you knew that there were harmful fakes of a children’s product you already buy, would you continue to buy it?

The research entitled Parents & Online Counterfeits was conducted by Red Points in July 2017 with parents in the United States. Besides indicating the prevalence of Amazon among other online and offline alternatives for toys consumers, the study offers important evidence that suggests that brands must seek more serious actions in order to control and mitigate online brand abuse.

“In the end, this is a call to all brands that are selling over the web to start taking action right away. Companies can’t afford to wait for platforms and governments to propose solutions, since this is a problem that is affecting their consumers right now. Their own businesses and their consumers’ health are at stake” 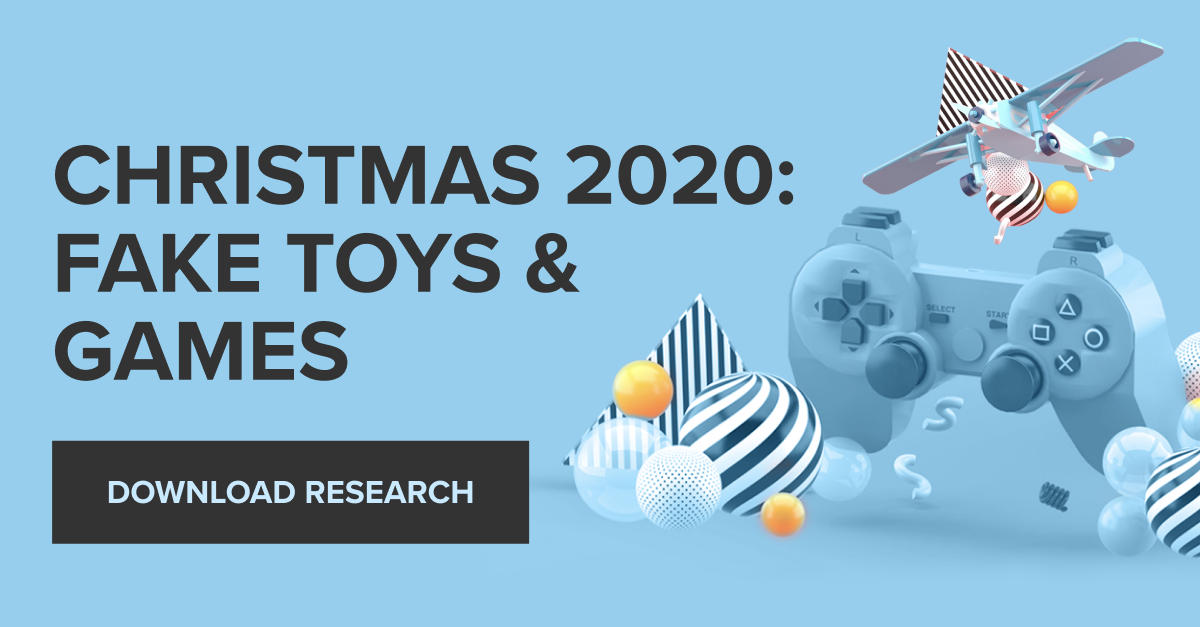 Gordon considers himself a data journalist, who probably has a high midichlorian count. Gordon loves all things inbound-marketing and enjoys talking about the latest tools or changes in the SEO world, much to the irritation of his team.
More about this author

Magic: The Gathering is a hugely popular card game played by fans all over the…