What is a trade secret violation and how can it be prevented?

CHECK OUT THE BEST BRAND PROTECTION PLAN AVAILABLE FOR YOU

Trade secrets, or confidential information of significant commercial value that form part of a company’s intellectual property, are an integral part of business operations. In fact, not only do businesses derive income from these trade secrets, but they also are able to maintain their competitive edge among similar enterprises in the market by maintaining the confidentiality of these trade secrets.

However, despite proactively keeping trade secrets confidential, many businesses are still being targeted for trade secret infringement. Worse is that oftentimes, trade secret violations are committed by insiders themselves–those who have access to such confidential information as a result of their position or role within the company.

What is a trade secret violation?

See how you can protect your trade secrets with Red Points’ modern guide to brand protection.

What are examples of trade secret violation cases?

To further illustrate the enumerated acts above, some specific examples of trade secret violations are:

An example of a trade secret violation that became an actual case before the court is Ford Motor Company v. Robert Lane. Decided in 1999, this case involved a student, Lane, who published on a website, photographs of Ford automobiles, blueprints, and other sensitive documents containing Ford’s manufacturing operations and products, some of which had not yet been launched in the market. This urged Ford Motor Company to file a trade secret suit against Lane, particularly an injunctive relief enjoining Lane from disclosing Ford’s trade secrets. The case, however, was decided in favor of Lane, pursuant to the First Amendment as applied.

A more recent case is Appian Corporation v. Pegasystems, Inc. Here, Pegasystems hired Youyong Zou, a former developer for Appian Corporation. By reason of such employment and in exchange for payment, Zou provided Pegasystems information and documents regarding Appian’s confidential software, despite being barred by Appian pursuant to a non-disclosure agreement executed by the parties. The recent decision, promulgated in May 2022, found that Pegasystems engaged in willful and malicious trade secret misappropriation and thus ordered it to pay damages.

How does one file a trade secret violation claim?

If a business owner believes that someone has misappropriated his trade secret, they may file a claim with the courts for the following:

How else can trade secret violations be prevented?

Going to the courts to enforce your intellectual property rights, particularly your right to trade secret protection, is a common recourse, but it is acknowledged that doing so can be costly and time-consuming. Definitely, seeking judicial relief means having to spend your resources on legal representation, litigation time, and more.

Out-of-court remedies are available to business owners in order to prevent trade secret violations. One example is using a multi-level brand protection guide, which operates as a handbook for business owners in the event of profit loss, and damaged brand reputation, among other issues arising from intellectual property infringement, including trade secret violations.

What is a trade secret?

What kind of information can be considered a trade secret?

Generally speaking, any confidential information that is, or potentially is, commercially valuable can be considered a trade secret. It could be a formula, design, business method or technique, manufacturing process, research data, software algorithms, marketing strategies, or other similar information that has a commercial and significant value resulting from its secrecy. To put it another way, a trade secret is commercially valuable because it is kept a secret by the business–the trade secret holder.

To illustrate, some real-world examples of popular trade secrets are:

What are trade secret violation penalties?

In the US, trade secret theft is punishable as a federal crime, pursuant to the Economic Espionage Act (EEA). Under the EEA, trade secret violation penalties depend on which of the two kinds of trade secret misappropriation was committed, namely:

Given the commercial value and competitive advantage involved in trade secrets, they are indeed prone to misappropriation, to the detriment of business owners and/or trade secret holders. However, while trade secret violations do happen, they can most definitely be prevented.

Ready to take the next step to protect your trade secrets and other intellectual property assets? Automatically find and remove infringing products and sellers with Red Points´ Brand Protection Software. 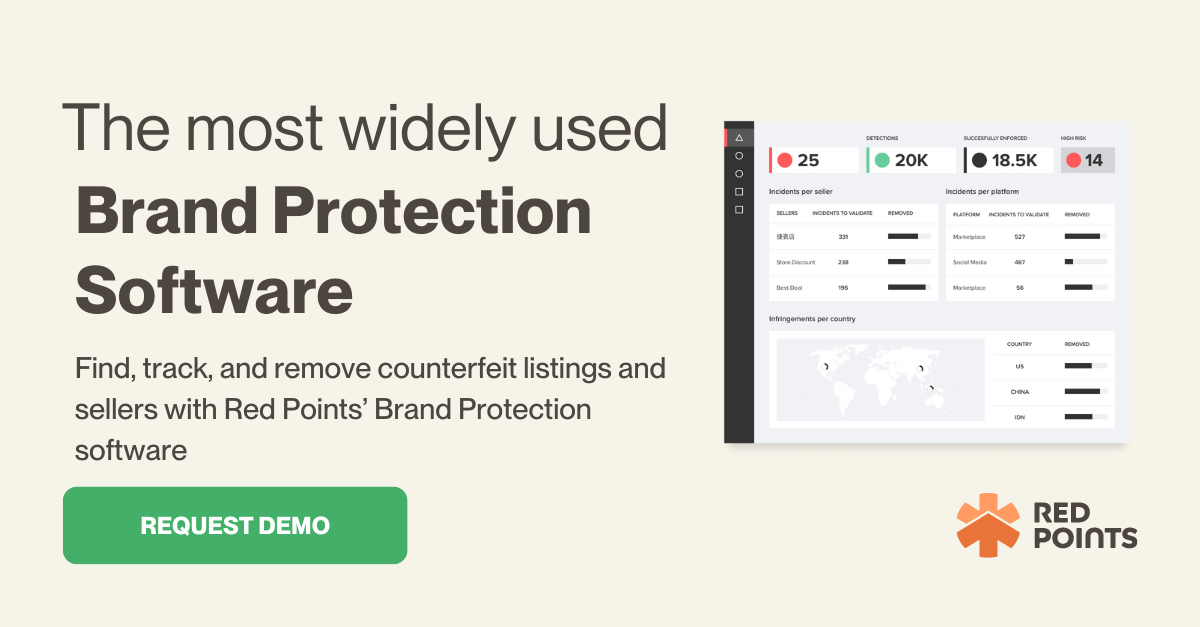 Anna is a lawyer from the Philippines. While completing her Juris Doctor degree in the top state university in the country, she worked as a legal content writer for US-based law firms. She is also a licensed professional teacher; she worked as a full-time elementary school faculty prior to venturing into Law.
More about this author

IP Insights
7 mins
The Secret to Success: How to Keep Trade Secrets Safe

Red Points examines what qualifies as trade secrets subject matter in the United States, the…

Brand Protection
4 mins
How to legally protect a business idea

Have a great business idea? Whatever you do, don’t let it fall into the wrong…

Brand Protection
6 mins
How to protect your business from copycats