Food fraud is a growing problem among manufacturers. Counterfeiters are increasingly taking advantage of trusted alcohol packaging and refill recognizable bottles with illegally-made or lower quality drinks to trick consumers.

How common is alcohol counterfeiting?

When you take a drink from your favorite provider of wine, or beer, or spirits, or whatever your go-to alcoholic beverage is, can you really be sure of where the drink has come from? More and more today, the answer is becoming a clear no.

Alcohol counterfeiting is becoming very pervasive, fuelled by the sudden explosion of ecommerce sites over the past decade or so. Counterfeiters have taken note of the profits to be had by taking real drinks bottles and filling them with either their cheaply-made, dangerous swill, or with lower-quality alcohol and passing them off as authentic products to unsuspecting consumers. Ecommerce provides the perfect channels for this enterprise, not only as a source of customers but also for the acquisition of the packaging itself.

It is estimated that a third of all alcohol production worldwide is illicit, and that number rises to a half in places such as Africa and China. This means billions of people worldwide are put at massive risk of health complications whenever they choose to take a drink. This mostly concerns the production of moonshine, meaning home-brewed alcohol which is never sold as an authentic product. However, the incredible volume of fake alcohol being produced worldwide surely offers counterfeiters a near-unending supply of drink.

Criminal gangs are known to target festivals to flog their fake spirits to young people, who may be trying to save some money on their summer outings while enjoying drinks from brands they know and trust. Individuals with experience in working with certain shady bars may have encountered “pouring over”, the practice of giving customers a drink poured from the bottle of a high-quality brand, but which contains inferior or illicit alcohol inside.

However, illegal counterfeiting of alcoholic brands affects consumers at all levels. In 2017, £7,600 was spent on a single 2cl dram of vintage Scotch at a Swiss hotel, and served to a famous Chinese author. The whiskey also turned out to be a counterfeited product, worth less than the bottle it came from. Readers may also be aware of the famous case of Rudy Kurniawan, who was able to sell over $20m worth of fake wine globally before being caught. He would create forgeries of wines from the 20s and 30s, during which time cork branding was not yet commonplace. He would mix decent old wines with new ones, and sell the bottles for over $1,000.

The keys to safe drinking experiences are moderation of consumption and regulation of the product. Enjoying a few drinks with friends and sampling luxury vintages are generally harmless to most people because they’re enjoyed in reasonable, safe amounts. The responsibility of the manufacturers is to provide a beverage that is safe for consumers to enjoy.

So when bootleggers counterfeit alcohol, they are forgoing this responsibility, and put lives in danger of extreme alcohol poisoning in the hunt for profit. Drinkaware warns of fake alcohol, and the dangers listed are harrowing:

“Commonly-used substitutes for ethanol include chemicals used in cleaning fluids, nail polish remover and automobile screen wash, as well as methanol and isopropanol which are used in antifreeze and some fuels.” Drinking alcohol containing these chemicals can cause nausea and vomiting, abdominal pain, drowsiness and dizziness. It can also lead to kidney or liver problems and even coma. Methanol, a substance which can be used in fake vodka, may cause permanent blindness.

A huge part of the problem is that the substances the fake liquors are made from can be difficult to identify as dangerous. For example, alcoholic drinks are made with ethanol, which when made under modern regulations, creates a safe-to-drink product. However, fake alcohol is very often made in illegal and unregulated factories, with chemicals like methanol or ethylene glycol, which are usually difficult to differentiate from ethanol drinks by taste alone, and are significantly more dangerous.

With legal or regulated products, there is an enormous amount of trust placed in those who create and sell the goods. Consumers have no idea what fluid is really contained in any given bottle, nor the potential dangers of it. The trademarks and names on the container are granted as marks of assurance of safety and quality, so if counterfeiters steal a company’s brand, the harm to their reputation can be irreparable. When the drink comes from legitimate businesses, this allows moderate consumers to drink safely. So, when bartenders “pour over” a drink, the customer is none the wiser because they see the drink come from a bottle from a company they trust.

The bottle is an integral part to counterfeiters’ schemes to sell their product to unwitting customers. It is fair to assume that most customers would not be willing to risk their health in order to save $30 on a bottle of alcohol, therefore selling fake alcohol relies on putting it in a container that will completely fool customers.

So how are counterfeiters getting their hands on authentic bottles? They primarily use the internet, of course. A few minutes of searching on ecommerce sites found bottles for Bacardi, Grey Goose, Absolut, Johnny Walker and many, many more.

In addition, offline networks are still very much involved in this process. Re-acquiring a legitimate bottle after it’s been sold and finished can become a second income for many people. In some cases, bar staff who sell full bottles to customers within the premises wait until the bottle has been finished to collect the now-empty bottle. Vendors will offer to sell high-end drinks to venues at a discount, so long as the venue is willing to return the bottles after they’ve been sold to consumers.

Certain vintage wines can see their value per bottle rise unbelievably high, so it comes as no surprise that the bottle rises in value also. When a Chateau Lafite Rothschild 1982 is sold for up to $5,900, the bottle it comes in can be worth $1,500, if sold to the right people. Even if the counterfeit wine put in that bottle is only sold for half of the maximum price, it’s easy to see the potential for illicit profiteering.

Less-sophisticated networks of alcohol counterfeiting, especially for those making fake versions of more low-end drinks, tend to acquire the bottles they use from bins and skips, which are then quickly re-labeled, filled with the bootleg drink made in a filthy outhouse and resold.

What can be done about the production of fake alcohol?

2018 has seen minimum pricing laws on alcoholic drinks implemented in Scotland. The law has been put into place as an attempt to curb alcohol abuse in the nation, but a terrible side-effect of this law may be to drive up the demand for cheap booze. This would play right into the hands of alcohol counterfeiters who can offer such a product by operating outside of the law and without moral concerns of what harm their product may do to their customers.

The fact that counterfeiters are willing to essentially sell what is a potentially deadly poison to unsuspecting people at festivals, in the street, in bars or wherever else they can make a sale is intolerable.

Many legitimate alcohol brands and alcohol-safety groups provide advice for consumers to be able to identify a fake product. They recommend checking the spelling on the label, which is often copied with spelling errors, the glue used to stick the label to the bottle, the inconsistent levels at which the bottles are filled and so on.

The development of smart bottles could also prove a great help to the fight against counterfeiting. One technique involves putting a QR code on each bottle of alcohol sold, which would allow consumers to check the production process of an individual bottle. Another method involves rendering bottles nonrefillable once they’ve been opened, in theory preventing counterfeiters from using authentic bottles in their illegal schemes.

However, at Red Points, we are very aware of counterfeiters’ ability to circumvent the strategies used against them by brands. They are able to adapt in a way that allows them to stay in business, and with the potential earnings to be had by creating forgeries of authentic alcohol, it is extremely unlikely that criminal networks will simply let these potential profits slip away without a fight. 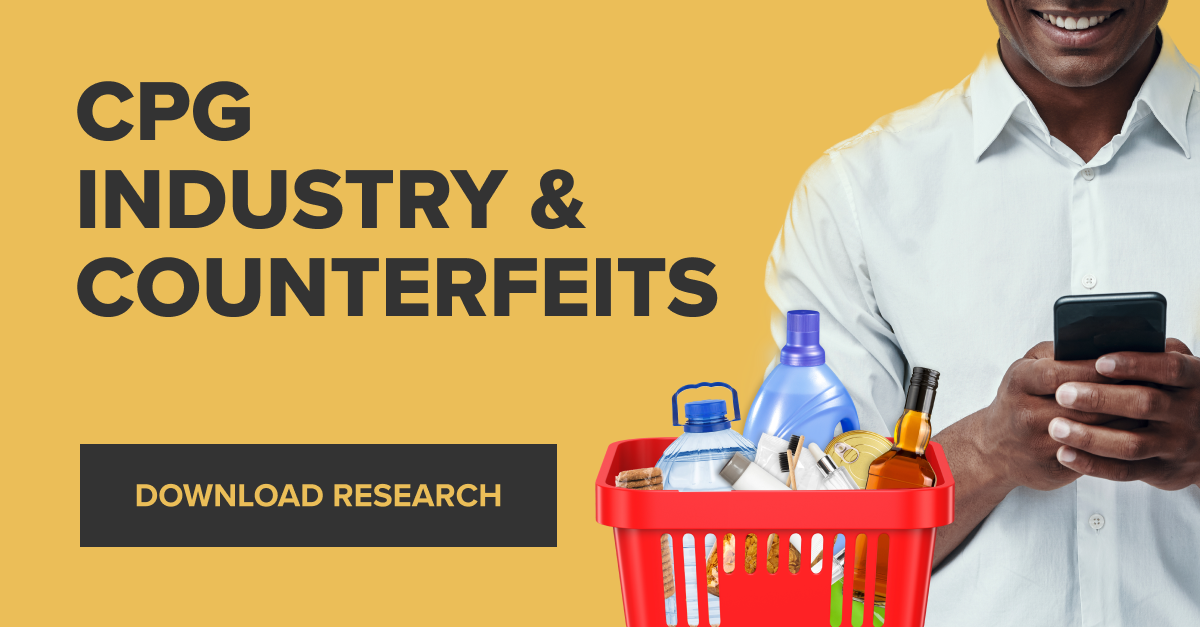 Are you dealing with counterfeit consumer products?