Over the past decade, technological dependency has been evident across every industry. For instance, in the first quarter of 2022, the total worldwide downloads on the Apple store and Google play store alone are close to 37 billion.

However, relying on the internet has opened a gateway to cybercrimes such as piracy and copyright infringements. In a fierce market, competitors often attempt to rank higher and confuse potential consumers by using similar slogans, logos, and icons.

In this article, you will learn:

What is a trademark infringement?

Trademark is the digital footprint of any business. It is an intellectual property that protects your brand identity and could comprise recognizable logos, catchphrases, brand names, sounds, and more.

Unapproved trademark usage in a way that could lead to consumer confusion or mistaken belief that another party is providing the goods/services is known as trademark infringement.

For example, when you hear the phrase ‘It’s finger-lickin’ good!’, you immediately associate it with KFC (Kentucky Fried Chicken).

KFC has trademarked the catchphrase. If another food company tries to run a campaign with the same or a similar phrase, they are likely infringing the trademark of KFC.

Is your trademark protected in an app store?

Play store and app store are functional in over a hundred countries, with over five million apps registered combined.

Although both these stores take extensive measures to avoid publishing new apps that infringe trademarks of registered apps, the screening process is not entirely perfect.

However, both the Google Play Store and the Apple Store have content dispute forms to report trademark infringement in order to curb the problem.

Do you need to register your trademark to file an app store content dispute?

To adequately protect your app’s unique selling point and brand identity, you should register for a trademark. In the US, you can file it through USPTO. The average cost would range between 225-450$.

If your app is US-based, you can still file for a trademark infringement on the Apple and Google Play stores without an official trademark registration.

If first use and a transactional history can be proved, you can file for an app store content dispute and protect your brand name. This is due to the US being a “first in time, first in right” country.

To illustrate better, here is a hypothetical example.

James is a University student studying to be a professional app developer. As a final year project, he trademarked and published a game on the app store called ‘RocketShooter’.

A year later, a fortune 500 game manufacturer released a game with the same brand name.

They outsourced an IP company for a trademark search before launching the game. However, they failed to discover that the name ‘RocketShooter’ was already taken due to negligence.

How is trademark infringement resulting in lost revenue?

Building a customer-centric app that aligns with your business’s mission takes years and thousands of dollars. According to Forbes, 3-4 billion $ is lost in-app revenue due to illegal and pirated apps yearly.

To avoid revenue loss and reputational damage as a consequence of a competitor exploiting your company’s trademark without authorization, you must protect your brand by reporting trademark infringement. 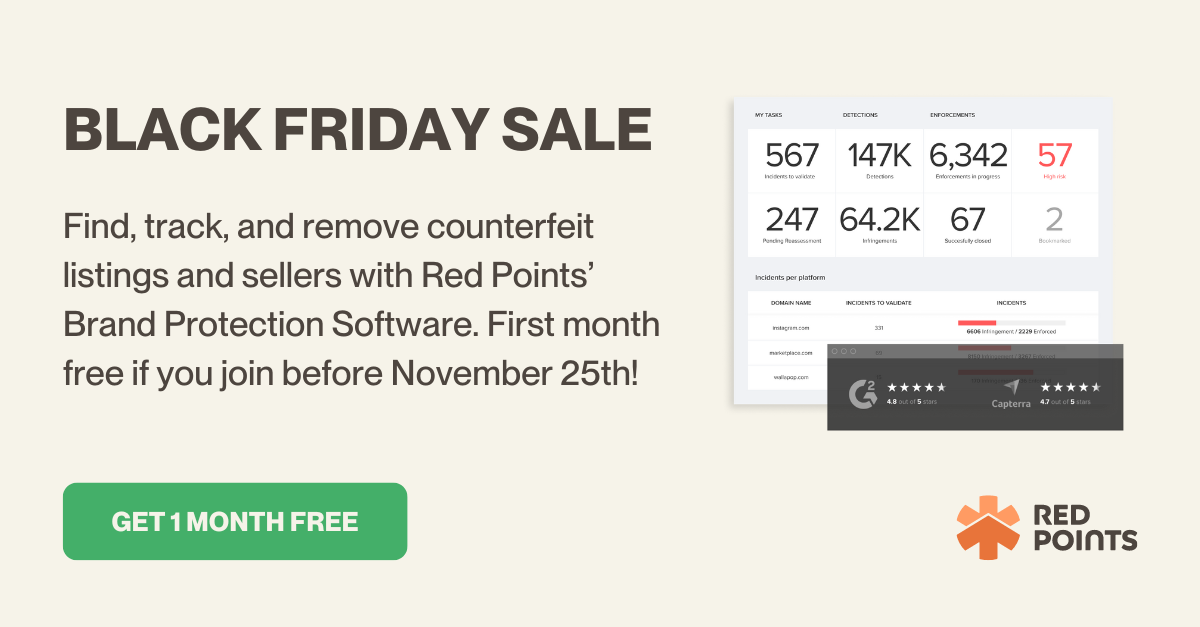 How to report a trademark infringement

Spotted a fake app impersonating your brand hosted on legitimate app stores and third-party sites? Or found a fraudulent app leveraging your trademark to deceive customers?

How to report a trademark infringement in an Apple store

Make sure to attach the link to the app you are filing the dispute against.

Apple’s response to your content dispute request could take 2 to 6 days.

How to report a trademark infringement in a Google Play store

Google’s response to your content dispute request could take two to three weeks.

Removal of piracy is essential to maximize the app’s output and keep the brand reputation away from being sabotaged.Do you want to remove fraudulent apps to protect your customers, revenue, and reputation? With a unique workflow developed by Red Points, bots crawl official and third-party app stores every day to identify potential infringements and submit takedown requests automatically. Abdullah Aamir has a background in law and is a seasoned legal writer with an extensive portfolio of generating content for law firms. He is avidly interested in Intellectual Property, Media, and Cyber Security Laws.
More about this author

Piracy
4 mins
What is app piracy and how can you stop it?

Google Play Store has been plagued with fake mobile apps for many years.  In September…