In this article Red Points takes a look at the scams that litter Facebook Marketplace, putting both consumers and brands at risk.

Facebook is a place for you to keep in touch with your friends and family. It’s also a place where you can buy and sell items from people in your community—or at least that was the idea. Facebook Marketplace has been around for over a decade, though most of us won’t remember it before 2016 (it had low popularity on desktop, was canned in 2014, and relaunched on mobile in 2016).

Facebook Marketplace was meant to be a community-oriented service to bring regular people together to buy and sell. It has no built-in payment system, and it requires that you have a facebook profile to use the service. Snapping a photo, choosing a price, posting and selling are simple. There aren’t any significant hoops to jump through.

The downside is that it’s a scammers paradise. If you compare eBay, Amazon, and Facebook Marketplace, the latter is like the Wild West of online selling. One scammer even stole $800,000 from victims through the platform.

There is a long history of scams on Facebook. No matter how nice someone looks in their photo, if you don’t know them in real life, you can’t be certain they are who they say they are. Common scam scenarios include:

A MacBook Air made of air

While browsing for a new computer, a buyer found a nice looking MacBook Air. They agreed with the seller on the price and asked to meet in person. The seller then made up excuses as to why they couldn’t meet (remember, Facebook Marketplace is for local dealings so this is a red flag).

Being used by a scammer

This story starts off with a woman in England misplacing her driver’s license. Someone else had found it and posted a photo to a student group on Facebook hoping to get it back to its owner. That sounds like a nice thing to do, but nobody thought that the photo could fall into the hands of a scammer.

And it did. The scammer was able to open a bank account in her name and use the address for a fake profile in Facebook Marketplace. The original owner of the ID found out when someone came to her house asking for a MacBook Pro they purchased. She was stunned. Then another person. And another.

The seller had been posting a MacBook computer for sale, taking money for it, and then stopping communication. But since there was a real address on the profile, the conned buyers showed up at her house thinking they could get their computer.

Venmo, a payment system which uses mobile devices, has either a personal or business account. Most people have a personal account, and as such, are required to use it for personal dealings with friends or peers. But when a fraud ring in LA managed to steal $50,000 worth of product on Facebook Marketplace, the terms of Venmo ended up working against its users.

A photographer named Rasa had listed a camera on Facebook Marketplace and was contacted by a buyer. The camera was listed at $1200. The buyer paid Rasa the full amount, but in 52 separate Venmo transactions. Rasa thought it was weird, but since he had all the money, he let the camera go.

A day later, Venmo froze Rasa’s account and took back all that money. It had violated their terms and was also found to be from stolen cards and accounts. In this situation, Rasa had no recourse with Venmo to get the money back, and lost the camera as well.

In a recent update, Facebook now lets you list rooms for rent on Marketplace. Housing scams are some of the oldest, and a scammer named Ammisetti has recently been arrested for stealing over $800,000 from 400 different victims with this new avenue.

His scam targets people leasing out rooms to rent. He would pretend to be interested in renting out their room and would obtain the victim’s bank account details under the pretense of paying a deposit. To make it seem like he made a deposit, Ammisetti would call the victim’s bank and complain that an ATM deposit he just made is not showing in the account. This, of course, was a lie.

Since he had posed as the victim, the bank believed him and would credit this amount to the account. Ammisetti would then call the victim, and either say that deposit was an accident or he paid too much. He would request a refund in part or full through direct transfer to his own bank.

After the bank had researched and realized there really was no ATM deposit in the first place, they would take that amount back. But at that point, the victim had already transferred some money to Ammisetti for the refund, and they had been scammed.

Two buy the same one

Another scam on Facebook happened when two people tried to buy the same detached garage. They both met up with the seller in person and paid cash. Then, both of them contacted the same moving company to move the garage. That’s when the alarms went off.

That’s not a Tiffany

Since creating or even forging a profile is so easy on Facebook, scammers can sell counterfeit goods with almost no restriction. Who knows if the Gucci bag is real or not? It often takes a well-trained eye to spot a fake item. Tiffany alone reported taking down 2000 fake Marketplace ads in 2017. And in the first six months of 2017, Facebook removed more than 200,000 posts that were flagged as counterfeit.

So how do you know what to look for?

Well, if you are buying on Facebook Marketplace, make sure that the sellers have full Facebook profiles. If they only have a couple pictures, no picture at all, no friends, or if the profile was created last week, then run for the hills. And if you’re selling something, be wary of anyone who can only use one form of payment, who wants to pay more than you are asking, or who has an incomplete profile.

Have you come across a fishy listing or a buyer that doesn’t seem right? Here’s how to report a scam buyer or seller on Facebook Marketplace:

To report a buyer

Unfortunately, scammers work hard at what they do—and we have to work hard to stay ahead of them. Hopefully, now you have some new tools to survive the dangers of Facebook Marketplace scams.

For more help, Red Points is having a live session with Facebook to discuss how to protect and grow brands in social media on the 4th of March this year. Make sure to register and keep up with the latest brand intelligence knowledge. 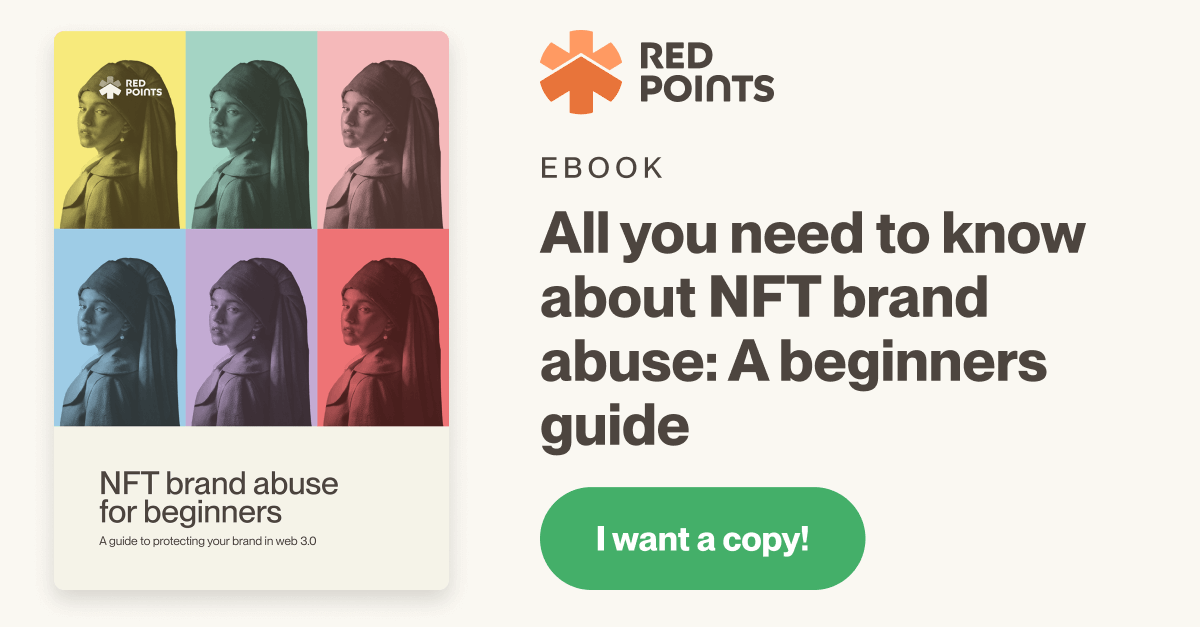 The recent explosion of counterfeit products on social media platforms is nothing short of staggering.…