How to use UDRP Proceedings to fight cybersquatting

CHECK OUT THE IDENTITY PROTECTION PLAN AVAILABLE FOR YOU

If a rights owner identifies a domain name identical or almost similar to his trademark, that is generally bad news. The domain name may accommodate a website selling counterfeit products or worse perform other fraudulent activities. This is also known as cybersquatting. Besides this, the domain name owner may act anonymously. In such cases, the website does not show any correct identifying details and the Whois database may not be accurate as well. The good news is that there is a remedy.

What is a UDRP proceeding?

UDRP stands for Uniform Domain Name Dispute Resolution Policy. A UDRP proceeding is an administrative procedure that can be used by trademark rights owners to obtain a domain name that bears their trademark. The domain dispute is applicable to well-known domain name extensions (such as .com, .info, .net, so-called gTLDs) and new gTLDs, as well as to approximately 40 country-related top-level domains (ccTLDs).

UDRP disputes should be filed at one of the ICANN-accredited UDRP providers. The provider appoints one or more IP professionals who then form a panel that assesses the facts and circumstances stated in the complaint. The intended result is a decision that orders the transfer or cancellation of the domain name. The overall preference of complainants is to get the domain name transferred to them.

Take down websites that take advantage of your brand with technology

What do I have to do to win a domain dispute and UDRP proceeding?

Three cumulative requirements form the core of the complaint in UDRP proceedings:

Panels generally assess that – for the determination of this first element – the goods for which the trademark is registered, the filing date and date of first claimed use are not relevant. Though panels agree that the geographical scope of protection is irrelevant such factors may bear on the panel’s determination under the second and third elements of the UDRP. These factors may thus have an impact on the assessment of the legitimate interest- and bad faith arguments.

What influence does the geographical scope of a trademark have on the UDRP decision?

Trademarks that are valid in a relatively small geographical area usually are less well-known than trademarks with a broader scope. Given that the internet has a global nature, it is conceivable that different scopes lead to different UDRP decisions.

In order to prove he has a ‘legitimate interest’, the respondent can demonstrate that he is ‘commonly known by the name he uses in his domain name. This is a generally accepted argument. The respondent has to prove that he has been known by the name apart from the domain name (and hence with the trademark). It is possible that in such cases, the geographical scope of the trademark is relevant. After all, nicknames will be probably derived quicker from well-known trademarks such as Red Bull than from trademarks that have a smaller geographical scope and are less well-known. Of course, this should always be assessed on a case-by-case basis, because factors such as the distinctiveness of the trademark will play an important role as well.

How may the geographical scope have an impact on the bad faith element? In WIPO case D2016-1425, the panel assessed that the respondent would never have chosen the domain name (which beared the name of a French trademark and with a .com extension) for a website in the Japanese language in good faith without having been aware of the existence of the trademark, which was registered in France only. The trademark carried no meaning in either English or Japanese. The panel concludes that this awareness contributes to the determination of bad faith.

If the Respondent had filed a response in the abovementioned case D2016-1425, he could have argued that just because of the small scope of the trademark, the trademark was not known to Japanese internet users (the main visitors of the website) and that the choice of the domain name was just a coincidence.  Even a ccTLD (in this case it was all about a .com domain) could probably have helped him. However, since the trademark, in this case, was quite distinctive, in the French language, and not matching with the Japanese website, the panel probably wouldn’t have accepted these arguments.

The UDRP proceedings can be of great assistance for trademark rights owners dealing with cybersquatting. A positive decision will – in most cases – result in transfer to the rights owner. However, it’s worth noting that the geographical scope of a trademark can be a point of focus for a respondent in a UDRP procedure. Although this scope is not relevant for determination under the first element, it can have an impact on the assessment of the two other elements.

The respondents may use it in order to strengthen his argument that he has a legitimate interest because he is commonly known under the name. If the trademark has a small geographical scope, he can argue that it is unlikely that he derived the name from this trademark. Besides this, bad faith suspicions can be tempered in case the domain name matches the content of the website and bears a not-so-distinctive trademark with a small geographical scope. In any event, it is important to draft a well-documented UDRP complaint, since facts and circumstances differ on a case-by-case basis.

Remember that you can save time with a domain takedown service like Red Points and discover accounts that are impersonating your brand 24/7. Book a meeting with us and see it for yourself. 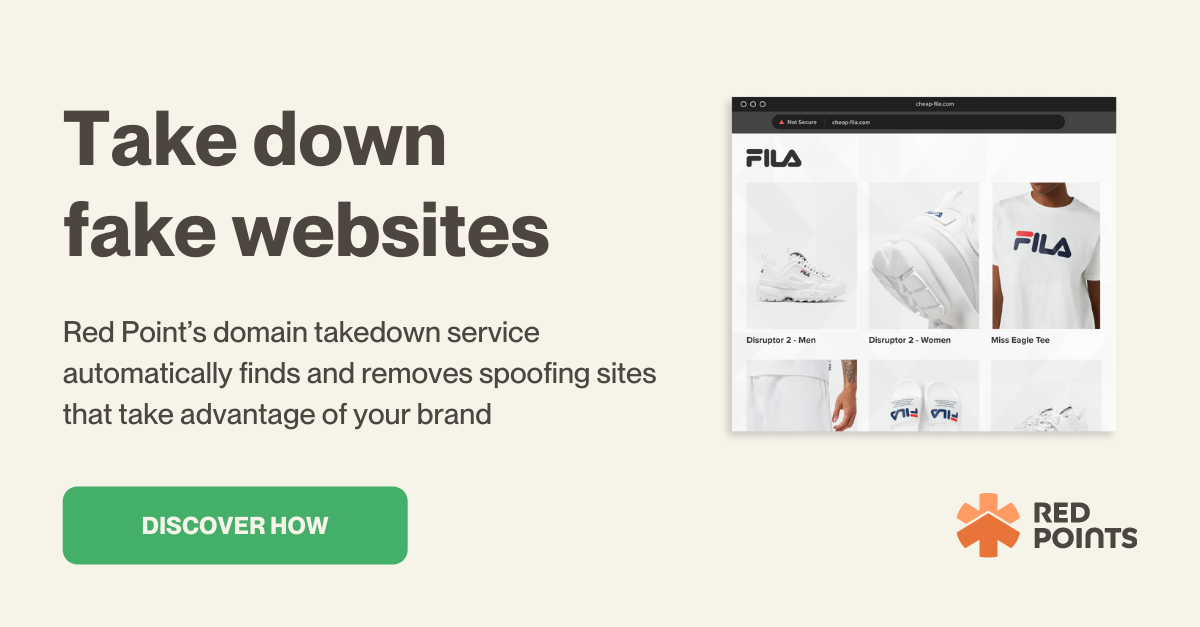 Vivianne Vermeulen is a lawyer who mainly focuses on UDRP procedures and other domain name cases. With 8+ years of experience in intellectual property (IP) enforcement, she knows about legal opportunities and has the right tone of voice in IP matters.
More about this author