Hewlett Packard Enterprise (HPE) is a globally known edge-to-cut Platform as a Service (PaaS). If you haven’t heard about it you’re probably in the clouds (excuse the pun).

We had the pleasure of speaking with Christopher Horne, former Business Security & Integrity Group Director at HPE.

Listen to the full conversation on our podcast

The following is part of the transcript of Heroes of Brand Protection podcast, featuring a conversation between C. Horne, and Daniel Shapiro, Red Points’ VP of Brand Relationships.

Q: What did you want to be when you were a kid?

First I wanted to be a Formula One driver, but as a tall man it’s pretty tough to get into some of these small racing cars, so that went off the list. Then I wanted to be a pilot, however I’m not particularly great at flying and don’t like heights so I quickly crossed that off my list. Also I thought about becoming a singer, becoming famous and standing on stage but I can’t sing a note. Finally, I planned on becoming a police officer and police the streets of the U.K., which is what I ended up doing for over a decade.

Q: What was the most challenging aspect of your job at HPE?

The hardest thing for me was to shift the mindset of delivering the strategy that I was looking to implement into reality. It’s very often said that in order to do that you have to have the right team, and the right frame of mind. A lot of work on my side went into developing, creating, and cultivating that culture in order to deliver that strategy. Without a strong foundation you’re not going to be able to do that.

Q: What advice would you give someone wanting to pursue a career similar to yours?

I would give anybody the following advice, which is to surround yourself with good people. People who know you and the industry. People who can help you in a positive way. People who are well respected and understand the journey you’re about to embark on, but also are willing to teach and educate you along the way.

Another advice I’d give someone that’s rather down the legal road (which is a great piece of advice someone gave me) is to never regret the decisions you make. 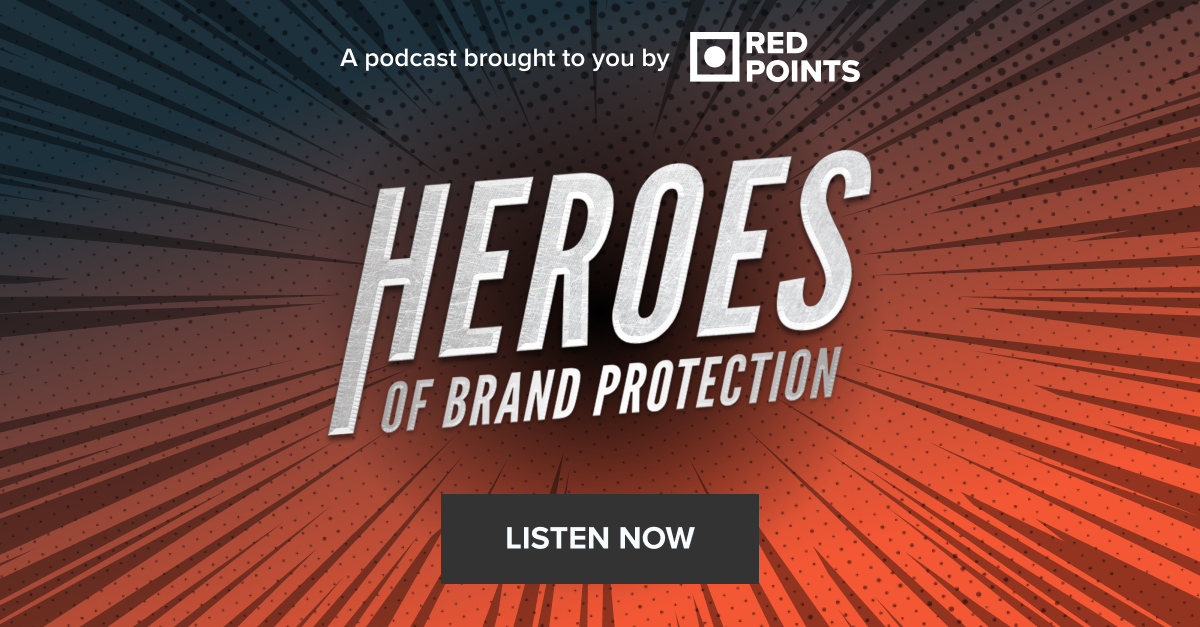 Babette is a community marketing specialist at Red Points. She’s in charge of the Heroes of Brand Protection podcast and loves listening to podcasts herself. She’s passionate about spreading the work Brand Protection leaders do and debunking the myth that they are boring people.
More about this author

The International Anti-Counterfeiting Coalition (IACC) is well known among the Brand Protection community. They’re a…

Brand loyalty is more important today than ever before, owing largely to the boundless options…