GET THE BRAND PROTECTION GUIDE EMAILED TO YOU

Things are heating up in the northern hemisphere and it’s looking like a great day to go to the beach. But be careful. Counterfeiters are always on the hunt for trending products. Consumers can find fake sunscreen, sunglasses, designer fashion, and even alcohol if they aren’t careful. During this time of the year, increased number of counterfeits in these “hot” industries means brands need to double down on their brand protection efforts to ensure their consumers aren’t being caught off guard.

As the sun comes out, news channels and online media start reminding people to wear sunscreen to protect against skin cancer. Unfortunately, not all sunscreen can be trusted.

Fake sunscreen can just be a lotion-like mixture of unknown chemicals that has no sun blocking effect at all. People have bought what they thought was a brand-name sunscreen and then enduring sun burns because the product didn’t work.

Some counterfeiters will take advantage of a more expensive sunscreen product meant for sensitive or post-procedure skin. In that case, fake sunscreen can cause rashes, burns, and other injuries on its own.

In 2018, the FDA sent notices to companies marketing four sunscreen pill products asking them to stop or change their advertising claims. The FDA doesn’t recognize any oral product capable of protecting the skin from sun exposure. Most of these products are still on the market today with different advertising to get around that issue.

But since these were real products, consumers could still find out the ingredients and look up where the pills were produced. That’s not the case with counterfeit sunscreen. Fake products purposely obscure origin and ingredients.

When the summer comes around, many shoppers are looking to update their sunglasses and put on some hot new shades. But when people splurge for polarized lenses with UV protection, they can end up with plain tinted plastic from counterfeiters. That’s unfortunate, because shoppers can pay a lot—a pair of Dior sunglasses sold in the U.S. costs $600 on average.

In our research into fake designer sunglasses, we’ve seen that shoppers care less about UV protection than style, price, or durability. About 50% of survey respondents had indeed purchased a fake pair of sunglasses online, which is very concerning.

Good sunglasses protect the eyes from UV rays, but counterfeit factories cut corners. A pair of fake sunglasses will only affect the visible light spectrum. Without UV protection, you’ll actually let more harmful UV rays into your eyes while wearing fake shades. Shoppers that unwittingly buy fakes can write negative reviews for the actual brand and dissuade other shoppers from buying a legitimate product.

In 2019, the cosmetics industry was valued at $93.5 billion in the U.S. Are counterfeiters just going to sit by with that amount of opportunity? No way! According to the FBI, counterfeiters love to fake cosmetics and fragrances. If it comes in believable packaging, who’s going to know?

Now, the appearance and fragrance of a product might fool someone, but harsh chemicals will still affect the skin. Counterfeit face creams accomplish the exact opposite of what the customer wants and can also cause allergic reactions. Counterfeit personal care products like wipes and toiletries can also cause injury, and there’s no way for the consumer to verify what chemicals they contain.

Brands should watch out for beauty products that get popular in the summer time like fruity fragrances, light moisturizers, and cool face masks.

According to Statista, hot months for shoe stores in the U.S. are March and August (in addition to the holidays in December, of course). After the winter people are eager to get their running game on. And in August, it’s time to get into fall styles and replace their worn-out soles.

Unfortunately, counterfeit shoes won’t last that long. Running shoes especially are created to provide support and comfort over extended use. Fake shoes, on the other hand, are made with inferior materials and techniques, and they can wear out or cause injury over time.

Fakes could be made by different factories or even by “third shift” workers in the very same factory that a brand uses. In our market research into fake sneakers, we found that 49% of shoppers would consider buying a fake for some level of discount. That’s not a good sign.

Counterfeit alcohol can send someone to the ER

You might be wondering, is counterfeit alcohol a thing? Yes, actually. When people throw summer parties or attend festivals, provenance and authenticity of the drink can be lesser concerns than price and quantity.

Fake vodka is one of the most common counterfeit alcohols. Fake booze can be made from alcohols that aren’t meant for human consumption and with ingredients like antifreeze and nail polish remover.

To say fake booze presents a health hazard is an understatement. It’s one thing to knowingly buy an unmarked jar of a homemade concoction from a neighbor, but it’s another to be tricked by online sellers that package fake alcohol in authentic bottles and labels.

Brands need to be vigilant

There are challenges for brands at all points during the year. Summer weather can make certain products surge in popularity, and counterfeit networks take note. Less-established brands should have a trademark monitoring solution for counterfeits especially when introducing a new summer product, since an unchecked counterfeit can do a lot of damage in the early stages of a company. 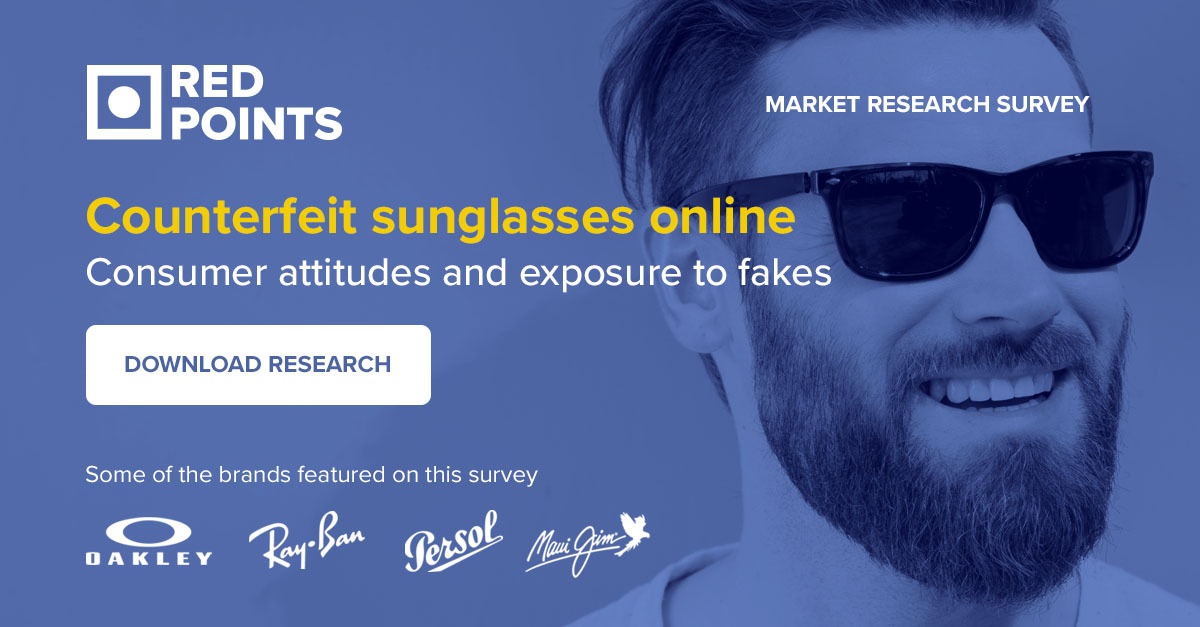 This article takes a look at the world of counterfeit beauty products, and reviews research…

Since the beginning of the year, many companies and industries around the world have had…