With each and every year, we are getting more reliant on the internet and the devices connected to it.

This phenomenon has certainly brought many benefits to various sectors: it’s now much easier, affordable, and secure to purchase anything online, it’s easier to communicate with those hundreds of miles away, and consuming information has also never been faster.

However, our reliance on the internet has also invited the rise of cybercrime. Cybercriminals or hackers all around the world are now actively looking for ways to make money by exploiting the exchange of information and online transactions happening on the internet and are an active threat to both individuals and businesses with even the smallest online presence.

In this article, we will discuss what cybercrime is, its potential impact on businesses, and how to protect your business from these cybercrime activities.

We will learn about:

Without further ado, let us begin this guide from the basics: what is cybercrime?

‘Cybercrime’ is an umbrella term used to refer to all criminal activities that are carried out over the internet. Typically the cybercrime activities are also committed with the aid of electronic devices (i.e., computers) that are connected to the internet.

There are various forms of cybercrimes performed today, with varying degrees of risk.

Why cybercrimes are conducted

The primary driving force behind these cybercrime attempts is money. While there are cybercrime attacks that are aimed at damaging devices or digital assets without monetary motivations, they are relatively rare, and these types of attacks are mainly driven by political or personal reasons.

Cybercriminals can use various schemes and techniques to monetize the cybercrime act, and here are a few examples:

This list is not exhaustive but should give you a general idea of how cybercriminals can launch and monetize their attempts.

Protect your domain from scammers with artificial intelligence-powered technology

The US Department of Justice recognizes three different types of cybercrimes:

A cybercriminal may only conduct one of the three activities or conduct two or all three.

For example, a cybercriminal may infect a computer with malware and gain control over the computer and then use this same computer to launch a DDoS (Distributed Denial of Service) attack against another computer.

There are hundreds of different cybercrime activities performed every single day, and the list continues to grow as cybercriminals adopt new technologies and methods.

However, here are some examples of the most prominent types of cybercrimes:

One of the most common cybercrime activities. Phishing refers to the form of fraud in which the cybercriminal impersonates a reputable entity (organization) or individual, tricking the victim into revealing personal or sensitive information.

Phishing traditionally happens over email as a type of email fraud, but it can also happen on other forms of communications (text messages, social media DMs, etc. )

The main objective of a phishing attack is to steal personal or confidential information (i.e., credit card numbers), and the cybercriminal can then monetize the stolen information in many different ways.

There are other variations of phishing attacks:

Malware can come in many different forms:

An umbrella term for various forms of cybercrimes that are attempted to gain unauthorized access to confidential/sensitive information.

A Denial of Service (DoS) attack is a type of cybercrime intended to slow down or completely disable an internet service (a website, application, etc. ), denying it from servicing its intended users.

The basic DoS technique is to overwhelm the website’s server by sending a huge volume of requests.

A Distributed Denial of Service (DDoS) attack, on the other hand, is a DoS attack performed by multiple computers often without the computer owner’s knowledge due to malware infection, overwhelming the target with requests from multiple computers at once.

A relatively new form of cybercrime due to the increased popularity of cryptocurrency in recent years. Crpytojacking refers to the hijacking of a computer’s resources to mine cryptocurrencies.

A type of cybercrime in which the attacker obtains data and information from a business or individual without the knowledge and permission of the information owner.

Cyber Espionage can be conducted via unethical practices, like hacking a company’s server to steal information.

Potential risks and impacts of cybercrime for businesses

While cybercrime used to be a concern exclusive to bigger enterprises with a prominent online presence, that’s no longer the case in recent years.

In fact, many cybercriminals are now pivoting to target smaller businesses and organizations since they know that small businesses tend to have weaker security infrastructure.

Here are some of the most important negative impacts cybercrime can have on your business:

1. Disruption of service or operations

Cyberattacks like DDoS and malware infection, among others, may cause major interruptions to your business’s day-to-day operations, which can result not only in lost revenue but also potential damage to your brand reputation.

There are cybercriminals specializing in attacks to disrupt business as usual, and there are hacktivist groups that are actively targeting government agencies or established enterprises in an attempt to protest against a perceived wrong of the target company or government agency.

Cybercrimes can cause major financial damages in various forms:

As you can see, the potential financial repercussions from cybercrime can be serious, so it’s always better to prevent the attack from happening rather than mitigating the damage.

Certain types of cybercrimes are attempted to infringe or steal the business’s intellectual properties.

Domain squatting or cybersquatting, for example, is a type of cybercrime in which a perpetrator registers a business’s domain name (or its variations) before the business as the trademark owner can do it.

Not to mention, many businesses now store their intellectual property and trademarks on the cloud, which is vulnerable to cybercrimes.

Effects of cybercrimes or even threats of being impacted by cyberattacks may force businesses to alter their day-to-day operations in many different ways.

The threat of data breaches, as well as legislative acts like GDPR, for example, may force businesses to rethink how they collect and store sensitive customer information.

On the other hand, today’s consumers are getting more aware and concerned about how the brands they deal with handle security issues, and they will prioritize purchasing things only from businesses they can trust.

In short, today’s businesses in 2022 are forced to take cybersecurity into account in various elements of their day-to-day operations.

There are various cases in which businesses suffer long-term and even permanent damage to their reputations after being affected by cybercrimes.

According to a recent 2021 report by the security company Comparitech, the share prices of companies compromised by data breaches fell by 3.5% on average, signifying a loss of market trust.

Another study by Security.org also suggested that 25% of surveyed Americans stop doing business with companies that have been compromised by data breaches, and more than two in three people trust a business less after being affected by a data breach.

How to protect your business from cybercrimes

Here are some best practices to establish to help protect yourself and your business against a wide variety of cybercrimes today:

Cybercriminals regularly try to leverage known vulnerabilities and flaws in your software or operating system to gain access to your system.

The last thing you’d want is for your business to be affected by a serious data breach just because of a known vulnerability in an application that has actually been fixed via a security update.

Keep the habit of regularly updating all software and operating systems, including and especially your internet security solution (i.e., antivirus.)

2. Use strong and unique passwords

Make sure your passwords are long (at least ten characters in length) and complex enough (use the combination of at least ten letters, numbers, and symbols).

Also, don’t use the same password on different sites and change your passwords regularly.

Nowadays, you can use a password management solution to help generate and “remember” strong, complex, and unique passwords with ease.

With the wide variety of cybercrimes targeting your business, you’ll need to take advantage of security software solutions to ensure holistic protection, including but not limited to:

4. Educate and train your employees

Your business’s security is only as strong as the least knowledgeable people in your team.

Even when only a single employee is compromised by a phishing scheme, it can be a gateway for the cybercriminal to access your whole system,

Especially be extra careful against phishing schemes. Educate your team and customers with relevant phishing methods, how to recognize them, and how to handle each phishing attempt properly.

Cybercrime is no longer an issue exclusive to bigger and more popular enterprise businesses, but smaller businesses and even individuals are also at risk.

Meaning that it’s an obligation for everyone to protect themselves from cybercrime, or else the danger can be amplified.

By following the actionable tips we’ve shared above, you now have a solid foundation on how to keep yourself, and your business safe from any cybercrime attempts. 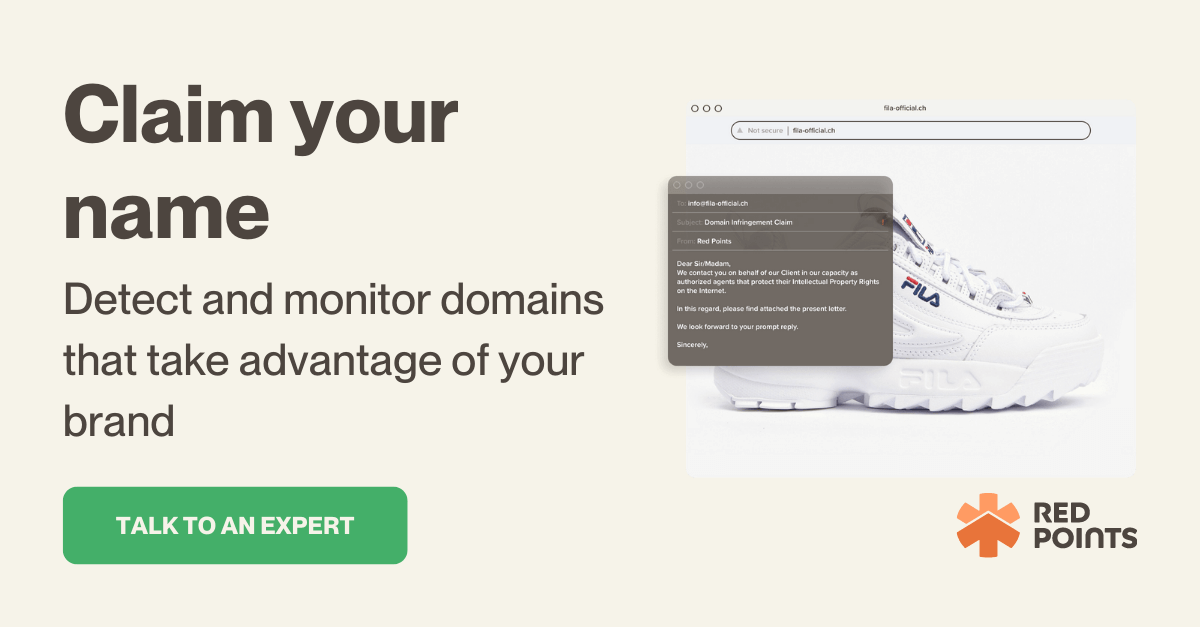 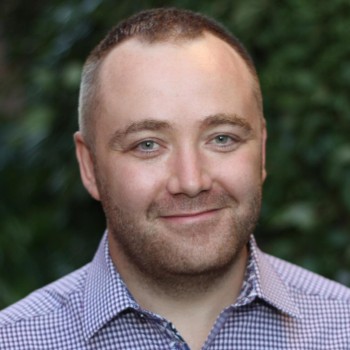 Mike Khorev has spent over a decade in the IT industry, specializing in emerging technologies, brand protection and intellectual property issues. He is a marketing expert and consultant who is passionate about applying cutting-edge web technology to online business strategy.
More about this author

When it comes to cybercrime, it's easy to believe that the only thing to be…

Ecommerce
5 mins
Cybercrime: Which ones are the most common threats today?

Cybercrime can take many forms but they all have the digital environment in common. In…