How to remove counterfeits from Shopee

CHECK OUT THE COUNTERFEIT REMOVAL PLAN AVAILABLE FOR YOU

Shopee is a Southeast Asian ecommerce platform headquartered in Singapore. Apart from serving as an online marketplace for merchants and consumers to buy and sell products internationally, Shopee also offers an in-house payment service (ShopeePay) and logistical support for its users.

While Shopee primarily serves users in Southeast Asian markets such as Singapore, Malaysia, and Indonesia, the platform has gained significant traction over the past few years. Shopee has since expanded its operations to include jurisdictions outside of the Southeast Asian region, such as Brazil and Mexico.

Due to its rapid expansion and status as one of the largest ecommerce platforms in Southeast Asia, it is inevitable that Shopee suffers from a massive counterfeiting problem. Despite having established a takedown mechanism for rights holders and/or their authorized agents to initiate requests for listings of counterfeit products to be removed, a wide array of counterfeit products remain consistently transacted daily across all of Shopee’s platforms.

Is your brand being counterfeited? Request a demo now and see how we can help

How to remove counterfeits from Shopee (step-by-step)

First, specific listings of counterfeit products to be taken down from Shopee must be identified.

Counterfeit products infringe a trademark owner’s exclusive right to use their trademark in relation to goods for which the trademark has been registered. Counterfeiters often attempt to capitalize on the reputation and goodwill of established brands, by applying associated trademarks onto identical or similar products offered by these brands, in order to mislead and deceive consumers into purchasing their own illegal products.

Counterfeit products may or may not be exact replicas of genuine products. The key to determining if a product is counterfeit lies in whether trademark(s) have been applied to the product and/or product packaging without the trademark owner’s consent.

In practice, a commonly relied upon but often non-conclusive indicator of a counterfeit product is its sale price. However, a seller is not restricted from offering counterfeit products for sale at the same or around the same prices as genuine products, especially if the counterfeit products are of a high quality. To assist in the identification process, trademark owners may wish to implement unique features and/or identifiers on their products and/or product packaging that are difficult for counterfeiters to identify and replicate.

Step 2: Gather documentation and evidence for an IP infringement complaint

Once listings of counterfeit products on Shopee have been identified, the next step would be to gather the requisite documentation and evidence to have them taken down.

Unlike other ecommerce platforms, Shopee does not require rights holders to subscribe to a brand protection program, create a Shopee account, or even register their IP rights on the platform prior to filing an IP infringement complaint. However, rights holders and/or their authorized agents are expected to provide fresh documentation whenever an IP infringement complaint is submitted via Shopee’s “IPR Form”.

The documentation required for an IPR Form to be submitted on Shopee includes:

Shopee generally requires some pictorial guidance and/or a price list of genuine products, for comparison, to prove that counterfeit products are being sold via the complained listings. Thus, prior to filing an IP infringement complaint, trademark owners should note that they may also have to make trap purchases from the complained listings to serve as prima facie evidence of trademark infringement.

URLs of the complained listings should also be compiled into a table on Microsoft Word or Excel to facilitate the takedown process by Shopee.

As Shopee operates multiple domains that are each intended to cater to a specific country or jurisdiction, rights holders are generally required to submit an IP infringement complaint via the IPR Form for domain(s) where listings of counterfeit products have surfaced.

A link to the relevant IPR Form for a particular domain is typically found in the “Help Centre” of that domain under the section titled: [Seller Basics] How can I report infringement of my rights?

There are two parts to Shopee’s IPR Forms.

First, an informant must furnish their contact information (e.g. name, contact number, and email address) on the “Informant’s Information” page of the IPR Form. This allows Shopee to reach out to the informant and seek additional clarifications on the complaint, if necessary.

The informant must also select whether they are the IP Owner, a Brand Protection Agency, a Law Firm, or an Authorized Representative under the “Nature of Informant” section.

Next, the informant will be directed to the “Supporting Documents” page of the IPR Form. Here, the informant is required to attach either a Microsoft Word or Excel copy of URLs of the complained listings.

The informant must then state the registration number(s) of the infringed trademark(s), and further indicate whether these are registered in the country where the counterfeit product has been listed for sale.

As Shopee’s IPR Form is shared for all forms of IP infringement, the informant must also specify the nature of their complaint. For complaints regarding listings of counterfeit products, the “Counterfeit / Trademark” field should be selected.

As a side note, if an informant wishes instead to submit a complaint for copyright, design, or patent infringement, the requisite documentation differs accordingly.

Eventually, the informant will also be able to attach copies of local trademark registration certificate(s) for infringed trademark(s), as well as pictorial guidance and/or a pricelist of genuine products.

Once all compulsory fields have been filled and supporting documents have been attached to the IPR Form, the informant may finally click on the declaration box and draw an electronic signature at the bottom of the “Supporting Documents” page before submitting the IPR Form.

Step 4: Wait for Shopee to review the IP infringement complaint

Once the IPR Form has been submitted, an auto-generated email will be issued by Shopee to confirm the complaint submission details and Submission ID for future reference.

Penalties for selling counterfeits on Shopee

Shopee relies on its “Seller Penalty Points” system to uphold high standards of performance from sellers operating on the platform.

Under the “Seller Penalty Points” system, Shopee issues penalty points on a weekly basis (every Monday) to sellers who do not conform to certain expected operational standards. It should be noted that all accumulated penalty points will also be reset to zero at the start of each quarter (i.e. the first Monday of January, April, July, and October).

According to Shopee, an errant seller may receive a maximum of up to 2 penalty points per week for creating listings that infringe IP rights or listings that advertise counterfeit products.

Sellers who have accumulated at least 3 penalty points in a particular quarter face a tiered penalty system with varying degrees and forms of punishment for 28 days, depending on the number of penalty points accumulated.

For example, a seller who has accumulated 15 or more penalty points faces the highest tier of penalties (Tier 5), which includes punishments such as account freezing for 28 days. On the other hand, a seller who has accumulated 3 to 5 penalty points faces the lowest tier of penalties (Tier 1), and will be banned from Shopee’s marketing campaigns for 28 days.

Sellers who have incurred 3 or more penalty points will also be subjected to certain maximum listing limits for 28 days.

At the end of the stipulated 28 day punishment period, a seller will fully regain their account privileges. 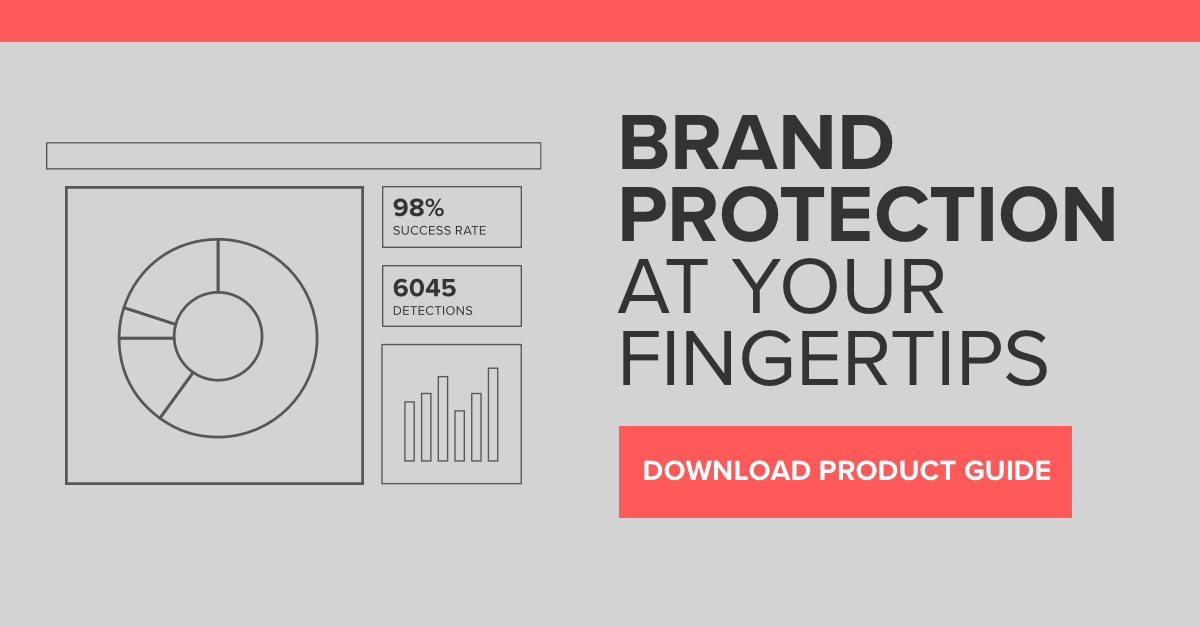 Alvin is an intellectual property lawyer at Robinson LLC – a Singapore law practice specializing in anti-counterfeiting and intellectual property enforcement in the Southeast Asian region. He regularly advises various brands, particularly in the luxury and technology industries, on brand protection strategies, online and offline investigations, as well as civil and criminal actions for infringement.
More about this author

Your intellectual property is important, so if you’ve found a seller on Amazon who copies…

How To's
3 mins
How to remove a counterfeit from Alibaba

Alibaba has come a long way in providing techniques to fight counterfeit products, but intellectual…

How To's
4 mins
How to report a seller on eBay

So, you’ve found someone selling counterfeit copies of your product on eBay. You’re not the…